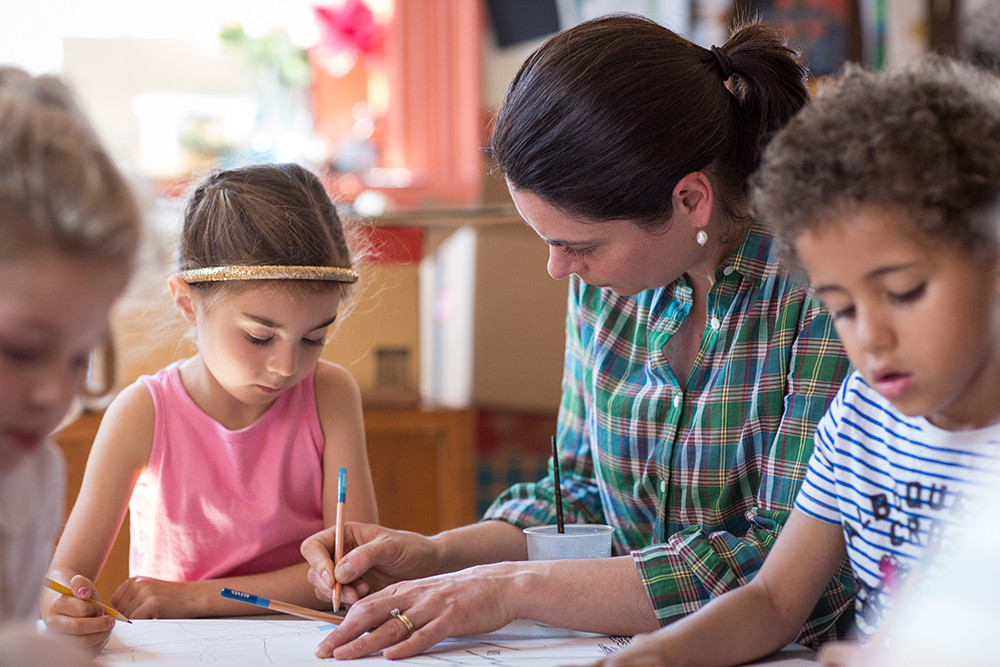 Despite being built by immigrants, the United States has a long and complicated relationship with languages other than English (and sometimes with English, too). Modern education, however, has always placed value on studying the world’s languages. Just ask any high school freshman trying to make the grade in a Spanish I class.

Currently, more and more private and charter schools are offering dual lingual education as early as preschool. These are not simply classes taught once a day. Instead, some schools offer a full immersion curriculum that, in many cases, mirrors the immigrant experience of speaking one language at home and another at school. Others offer a fifty-fifty split between English and a second language. During a presentation in January on reading in a bilingual environment, Christophe Bonnet, head of school at the French American School of Rhode Island (FASRI), spoke about the benefits of “re-wiring” a child’s brain prior to first grade so that a second language becomes intuitive and he or she doesn’t recognize any transition. “We teach the skills, not in isolation, but in project-based learning,” Bonnet says. In preschool and kindergarten, this cross-lingual skill transfer takes place before students even learn to read.

At Pawtucket’s International Charter School, students are offered either a Spanish or Portuguese curriculum track. The school practices a “half-day-to-half-day” model, alternating between a half day of English and a half day of a second language, every day of the week. Although this differs from FASRI’s practices, the goals and outcomes are the same: problem-solving skills are enhanced, and students gain an increased awareness of other cultures and points of view.

The benefits of bilingualism don’t stop at graduation. The Washington Post, in an article published in December titled “The Surprising Thing Google Learned About Its Employees – and What It Means for Today’s Students,” outlined the results of Google’s Project Oxygen on employee success. While the study did not directly reference a second language as a necessary trait, the skills acquired through early-childhood bilingualism – problem solving and an increased awareness of others – were highlighted as crucial to the company. The results of Google’s study also happen to uphold the long-standing research from The American Council on the Teaching of Foreign Languages on the benefits of bilingualism.

Corporate interest from companies like Google could actually be favorable for early-childhood multilingual education. Knowing that those skills are valued in the technological marketplace alongside STEAM (Science, Technology, Engineering, Arts, and Mathematics) could mean greater enrollment, and an increase in funding for public school programs like Providence’s Leviton Dual Language School, which uses the fifty-fifty approach, and where over 80 percent of students come from homes in which Spanish is the primary language. In any case, to recognize the successful pedagogy of multilingual education is to recognize the importance of language, both native and acquired.