To transform Rhode Island, many believe education is key. Improve K-12 and keep more of our top college students to stay in Rhode Island, and that will transform the economy.

As GoLocal describes the most powerful in Rhode Island, they influence, direct, and even manipulate the state’s government and economy.

“I’m very committed to its educational institutions, including my alma mater Central Falls High School’s drama program, because I know that’s what got me my start. I do everything I can to keep it alive since it made me feel like I had something to give to the world. I also support the Segue Institute for Learning, a charter school in Central Falls run by a friend of mine that my niece attends. I’m committed to that because of its proven results. They have the highest math scores of any charter school in Rhode Island,” said Viola Davis – Emmy and Academy Award winner — who attended Central Falls High School and Rhode Island College. 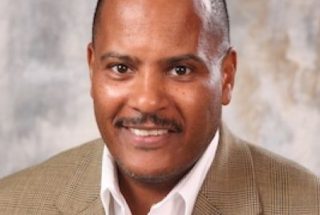 He might be the social conscience of education in Rhode Island, having played at every level of the field, and having been the voice of reason, and aspiration, often speaking for those who do not have a voice.

His common sense and quiet advocacy are not partisan. Urban children have no greater advocate and when the apartments across the street from the charter school he was heading had a sign “ F–K Trump,” he skillfully objected to the offensive sign while not endorsing the President’s often offensive behavior.

He served as chair of the Providence School Board, but Mayor Jorge Elorza replaced him with Nick Hemond, a State House lobbyist who has come under scrutiny for representing Providence clubs being investigated by the Board of Licenses.